The Importance of Redundant Fiber 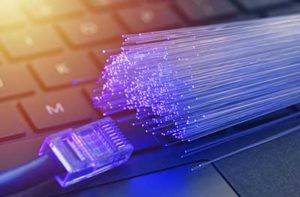 Have you ever heard of redundant fiber? If you haven’t, you wouldn’t be alone—but here’s your opportunity to learn more about it. How does redundant fiber work and what does it means for you?

The Downfall of Disconnection

So much of our lives revolve around internet connectivity. It’s our source of work, play, social connection, information, and so much more. It’s kind of hard to overstate just how important telecommunication has become to our everyday lives. What happens when we lose that?

Well, in 2018, millions of residents of Seoul, South Korea, found out the hard way. A fire disrupted service for KT, the nation’s second-largest telecommunications firm, and the fallout was swift and devastating. Customers lost the ability to watch television, make phone calls, access the internet, complete credit card transactions, and withdraw money from ATMs.

The KT outage made a few things very clear. The first is that disasters, such as the fire that caused the outage, are almost impossible to predict or prevent. Second, even in the event of such disasters, the outcomes don’t have to be catastrophic.

There should always be a backup in case of an emergency. When widespread outages can hamstring millions of individuals and even critical infrastructures, there has to be another way to keep the system afloat.

The Benefits of Redundancy

It works by laying multiple cable routes for a single provider across several geographical areas. That way, if one is affected, the other(s) become a safety net, successfully delivering broadband to clients while the issues are resolved.

Who Benefits from Network Redundancy?

Network redundancy is for everyone! Anyone who works from home, does online education, or simply spends a lot of time online will benefit from the kind of network stability redundant fiber offers.

For the average citizen, a widespread outage might cause no more than a short-term inconvenience, like not being able to check the internet for a few hours. But for schools, businesses, and data centers, an outage could result in major disruptions that ripple out into the community. For critical infrastructure systems like healthcare or emergency services, even a short outage could mean the difference between life and death.

Sacred Wind Communications, the parent company of Connect66 internet, recently completed New Mexico’s first-ever redundant fiber line, running between Gallup and Albuquerque. As people work and learn from home during the ongoing pandemic, a strong connection has become more important than ever. A broadband outage at a time like this would be devastating for many.

With safe, secure, and reliable broadband, these tribal and rural communities will not run the risk of being cut off by a fiber network outage. A redundant fiber line is just one more way Sacred Wind is bridging the divide – between urban and rural, and between isolation and connection.